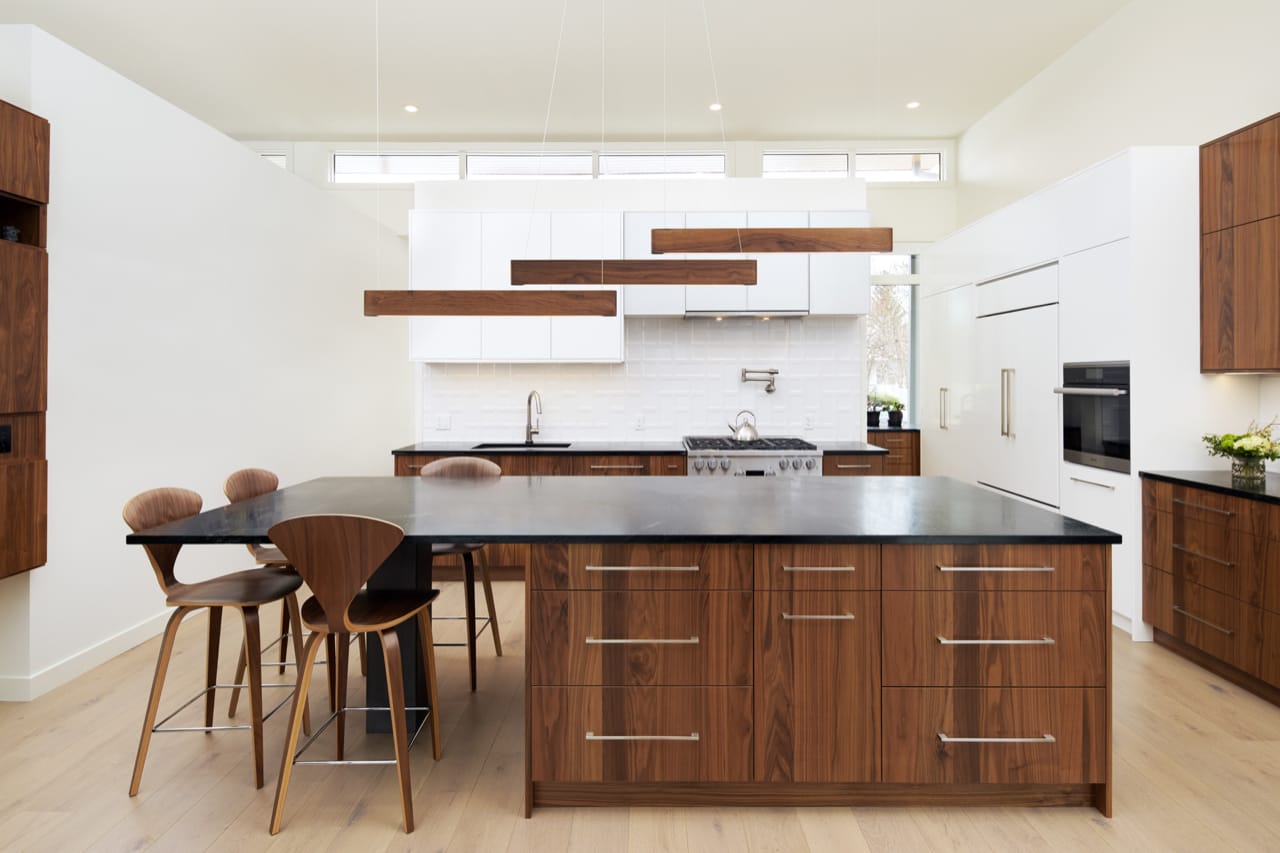 Mid-Century hallmarks include clean lines, natural materials, and minimal ornamentation, all of which Paul incorporated into the design of the kitchen. To bring Mid-Century style to this kitchen, white and vertical grain walnut slab cabinetry was selected.

In the design, Paul included three workstations. Two of the stations have their own dedicated sinks and dishwashers; the other station includes both a coffee maker and beverage fridge. The intention behind the individual stations was to create areas where multiple people can prep and clean without disrupting each other.

An oversized island located in the middle of the kitchen makes the space perfect for hosting family gatherings and casual get-togethers with friends from work. A unique feature of the island is that it includes six banks of drawers for storage and no appliances.

Each project presents a unique set of challenges, and this home was no exception. In this case, the wall dimensions of the concept home were not finalized before the kitchen design was completed. In spite of this uncertainty, Paul was able to adapt and deliver a breathtaking Mid-Century modern kitchen that fit within the plan of the home while meeting the homeowner's design objectives. 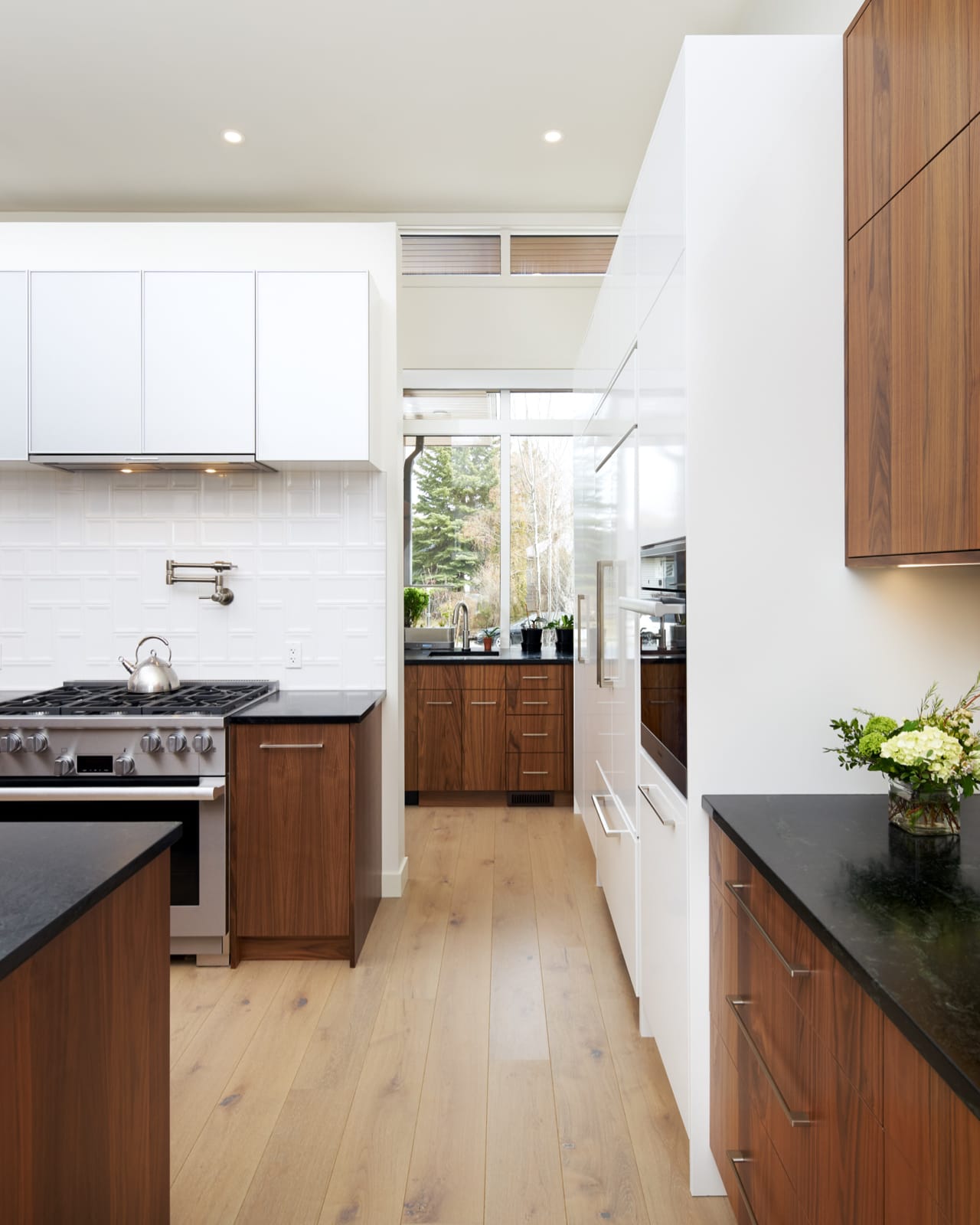 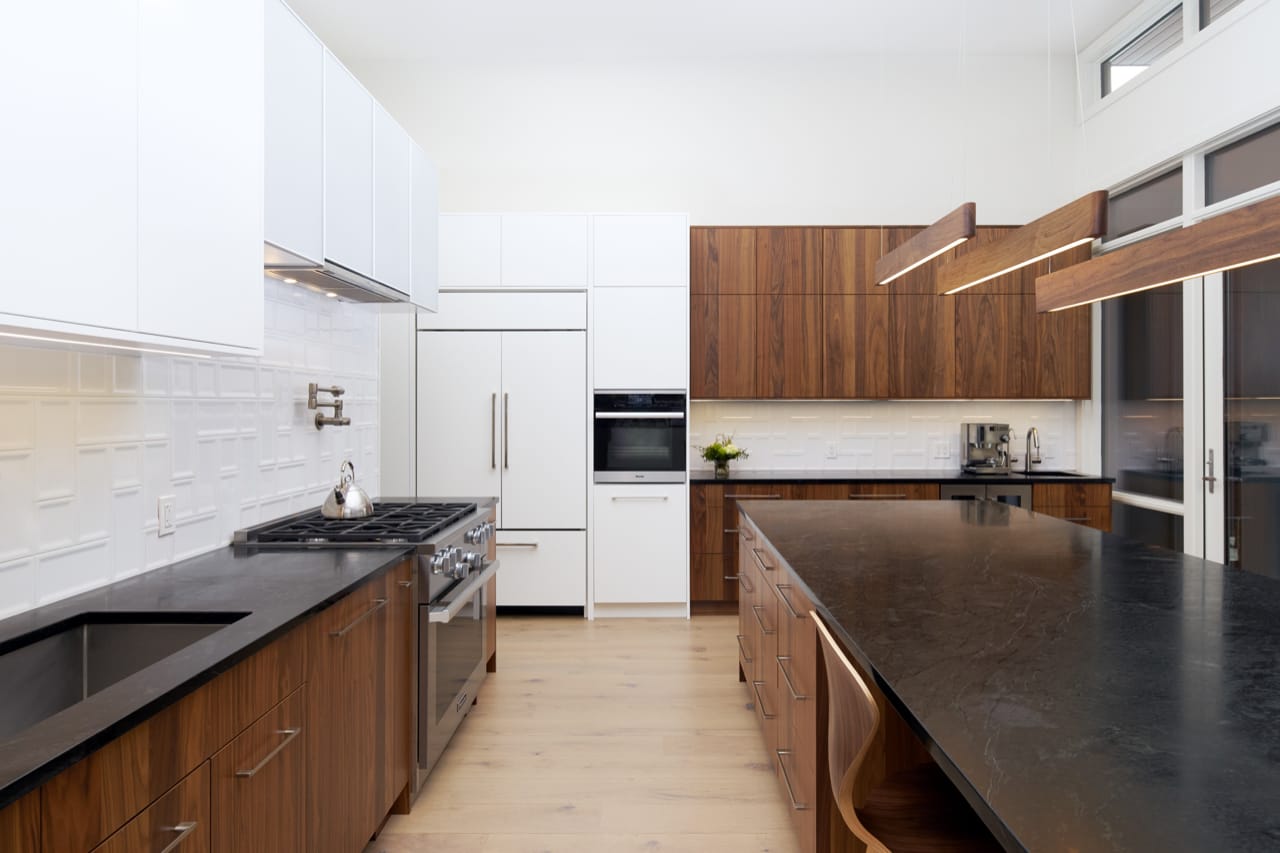 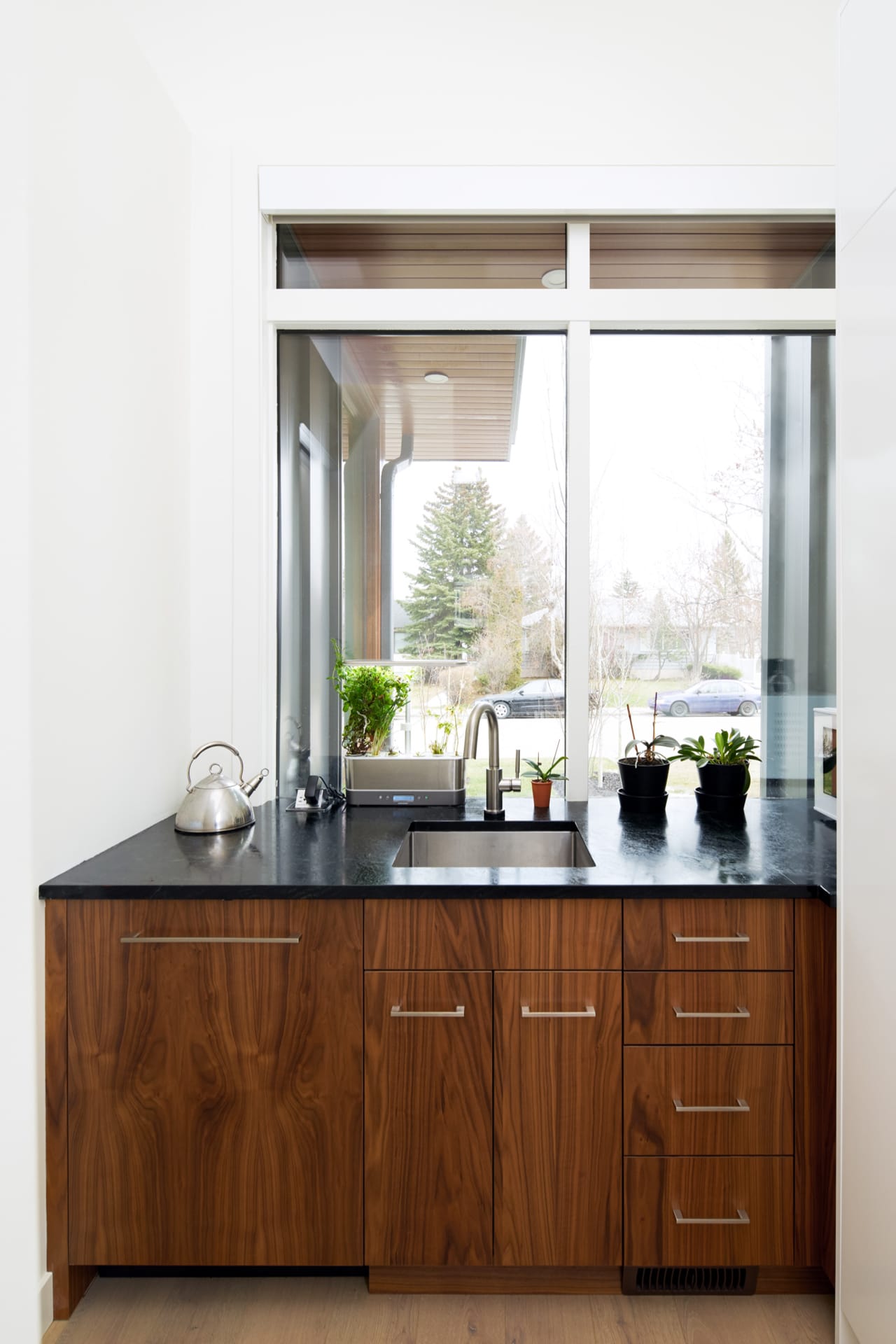 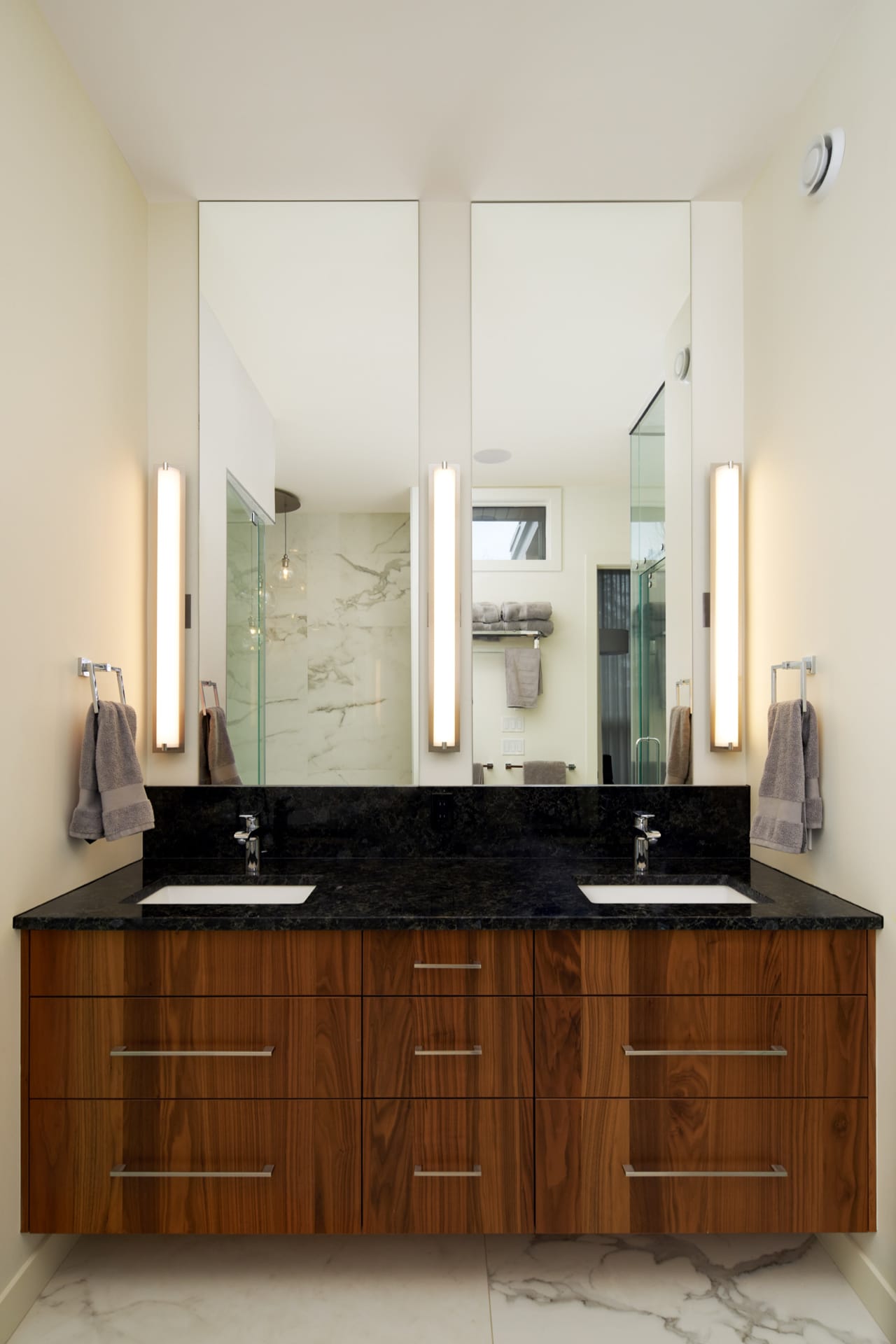